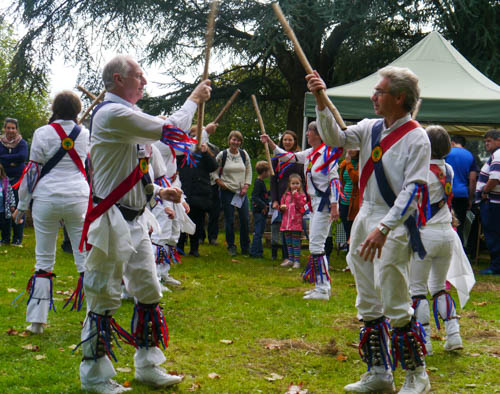 The origins of Morris Dancing in England are, as they say, 'lost in the mists of time'. As there is little evidance for origins of Morris dancing there are some who claim that it is related to the Moorish dances done by the Arabs of medieval Spain, as there are similar types of dances elsewhere in Europe and some Morris dancers black up their faces! Others, on equally firm ground, claim that Morris Dancing is the last vestige of the pre-Christian rites to ensure the end of winter and the spring renewal, pointing to the use of bells and clashing sticks to wake up the Earth and the tradition of dancing out at the winter and spring solstices.

Yet another theory proposes that Morris Dancing was a form of biological warfare. Go to Nadger's History of England for more information

Morris Dancing became almost extinct during the 1800's and was nearly extinguished by the Great War. About the turn of the twentieth century people like Cecil Sharp toured the country collecting the dances for posterity. Today there are a few sides that have danced since time immemorial, some who are revival sides who dance in the villages and towns where the dances were collected and many sides who dance many of the collected dances. Today there are over five hundred sides in the United Kingdom alone and sides in the United States, Australia, Hong Kong and many other countries around the world.

Dancing at The Queens Arms, Orlingbury 2018

The origins of Morris Dancing in Eydon are not quite as old but are still lost in the mists of time. By the time the Victorian collectors at the turn of the century had discovered first folk song, and then folk dancing, Morris Dancing had all but died out in most of Britain (probably due to its association with drunkenness as much as anything!) Only four or five sides still danced and most of the recorded dances we have now were written down from the memories of old men. Cecil Sharp, one of the main collectors of English folk songs and dance came to Eydon in 1922 and spoke to Mr James Dancer, who remembered Eydon Morris as "..a real village side", "...used to dance at Morton Pinkney". Mr Amos Williams (Could this be William Amos?) who used to play the bass-viol (cello) "..called it the horse's leg". The humour was a bit different then, "Some one used to say to the Fool "Ah its going to rain today!" to which the Fool replied "Ah, but who thought the snow was a coming?" This was considered a great joke and Dancer laughed heartily at the telling of it! Mr Dancer was remembering the Morris in Eydon some 60 years before, suggesting that the last village side had stopped dancing after about 1860, leaving no trace of their dances or traditions. 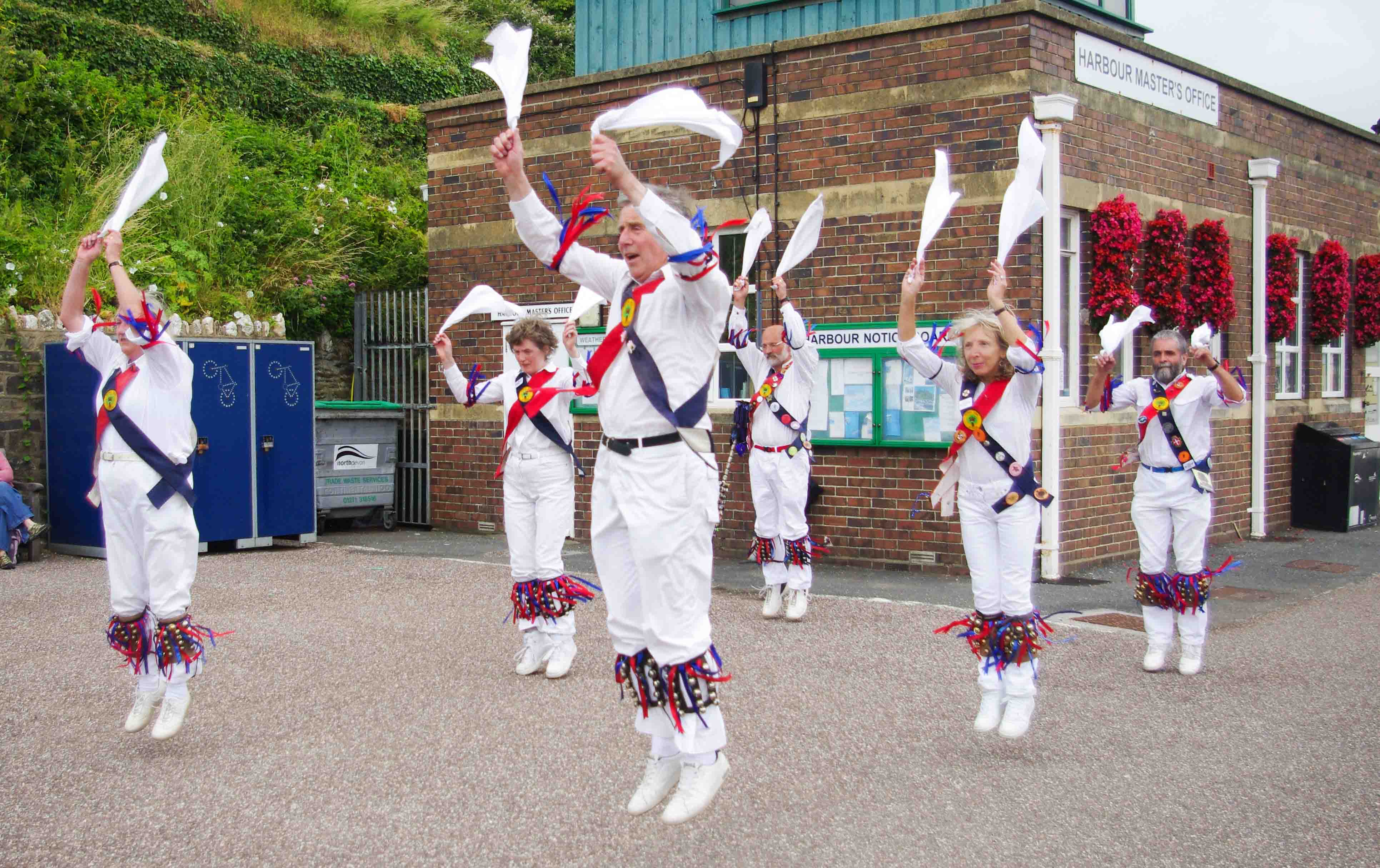 The current Morris side knew nothing of this when they formed in the spring of 1985 to dance at the village fete in June. It was a real village (pub) side, being recruited in the bar of the Royal Oak, hence the side's choice of name, Royal Oak Morris. We have been a mixed side (i.e. with both men and women dancing together) right from the start, as the then landlady of the Royal Oak, Nina Turner, declared that if she wasn't in the side, none of us would get served! Originally started as something of a joke, we found it so much fun that we have kept going ever since. In place of our original two dances, we now have about 25 to 30 dances, mainly of the Cotswold Morris type, in our repertoire at any one time. Now, over twenty years old, we are looking forward to our Silver Jubilee in 2010.